Is Middle Eastern Dance and Belly Dance the Same Thing? 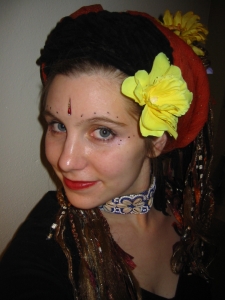 People often use the terms Middle Eastern dance, folk dance and belly dance interchangebly but there actually are differences between them. Learn a quick and easy to understand explanation here.

This is any dance that is native to a region or ethnicity. There are folkloric dances of Gypsies, Middle Eastern Countries in Africa, Hawaaii, Spain and many other countries. Some belly dance moves have origins from these regions and many more. Many belly dance  moves have roots in the Middle East and Africa, but breakdance and hip hop do as well. It’s just that what one culture calls Twerking, another calls the Suhaila technique. Of course the posture, costuming and intent also differ. If this is a topic that interests you, consider reading the upcoming post on: What is the Difference Between the Suhaila Technique and Twerking?

This is any dance that originates from a Middle Eastern country. This could be from Egypt, Lebanon, Lebanon, Iran, Saudi Arabia, Turkey, Syria or others. These include folkloric dances, modern dances, belly dance, and dances performed by men and women. The important thing to remember is that it can be belly dance but doesn’t have to be. There are also many dances Americans label as belly dance but more accurately we might say it is Middle Eastern folk dance. When Middle Eastern dance was first performed in America, it was given many names including belly dance because it was “of the belly.”

The roots of early belly dance in America was based on Middle Eastern and Romani or Andalusian dance moves and music and was considered quite risque by the Victorians. Some called it the Hoochie Coochie which grew into it’s own form of dance. Belly dance was first performed in burlesque shows, nightclubs and travelling circuses. When one imagines the sequins, beads and fringe of the costumes of the 1920s and 1930s when belly dance was becoming more popularly performed in nightclubs, it isn’t hard to see how the era influenced the costuming. Cabaret was a nightclub style dance that became an art form. It grew and changed, going back to folkloric roots in the American Tribal Style and then changing again as it grew to encompass a fusion of many nontraditional and modern styles of dance in tribal fusion.